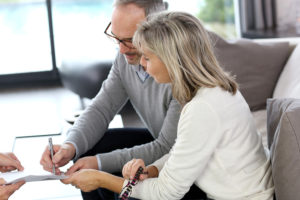 In many cases, a debtor is still liable for a tax debt after bankruptcy. However, bankruptcy law allows the discharge of tax debt only in some circumstances. A debtor is more likely to have tax debt discharged in Chapter 7 than in a Chapter 13 bankruptcy. In Chapter 13, tax debt, along with other debt, enters a repayment plan. Chapter 7 bankruptcy, on the other hand, allows a debtor to discharge certain kinds of debt, such as credit card debt and medical bills, and in some instances, federal tax debt.

Bankruptcy and Taxes: Qualifying for Discharge

The determination of whether a debtor can discharge tax debt will depend on the type of tax, how old the tax debt is if the debtor filed a return and the type of bankruptcy. Federal income taxes in Chapter 7 are dis-chargeable if the debtor meets all the following conditions:

Penalties on taxes that are dis chargeable are also eligible for discharge. After the discharge of tax liability, a debtor is no longer responsible for paying the taxes and the IRS may not garnish a debtor’s wages or bank accounts.

Even if the discharge of tax debt occurs under Chapter 7, if the IRS placed a federal tax lien on the debtor’s property prior to the bankruptcy case, it will remain after discharge. As a result, it is necessary to clear the title by paying off the lien before selling the property.

Bankruptcy and Taxes: Tax Debt Not Eligible for Discharge

The following types of tax debt are not dis-chargeable in Chapter 7 bankruptcy:

A debtor unable to discharge tax debt under Chapter 7 may consider other arrangements, such as entering into an installment agreement with the IRS or making the IRS an offer in compromise which will result in the settlement of the tax debt for less than the amount owed. For more information, visit Lewis & Jurnovoy website at https://lewisandjurnovoy.com/.

Co-Signing Loans May Be a Big Mistake

Using Bankruptcy as a Way to Keep Your House

Filing Bankruptcy Stops All Collection Efforts Against You