INFORMATION REGARDING THE LAW FIRM OF LEWIS & JURNOVOY P.A.

Martin Lewis and Steven Jurnovoy joined as partners in 1998 to create the law firm of Lewis & Jurnovoy, P.A.

The primary emphasis of the law firm is in the representation of individuals and sole proprietors in Chapter 13 Bankruptcy (“Debt Consolidation”) and Chapter 7 Straight Bankruptcy.

Due to the financial turmoil that many individuals seem to be going through in their daily life in trying to pay bills each month and in trying to protect their assets, this law firm envisioned the need to represent and inform the general public of options available to persons in financial distress. 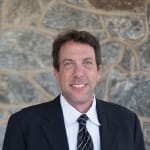 Martin Lewis (“Lewis”) is a native of Mobile, Alabama where he attended college at the University of South Alabama. In 1987, Lewis graduated from USA with a B.S. degree in Economics. After college, Lewis participated in a joint degree program at Samford University in Birmingham, Alabama. While at Samford, Lewis obtained a Juris Doctris at Cumberland School of Law and also obtained a Masters in Business Administration from Samford. Lewis graduated as the President of his 1991 law school class.

Lewis was admitted to practice law in the State of Alabama in September, 1991. While in Birmingham, Lewis’ law practice concentrated in the representation of Trustees in bankruptcy, creditors, and debtors in chapters 7,11, and 13 of the United States Bankruptcy Code, and non-bankruptcy workouts with creditors.

In 1995, Lewis joined a law firm in Mobile, Alabama as a shareholder. While practicing in Mobile, Lewis concentrated in handling almost exclusively the representation of individuals in Chapter 13 Debt Consolidation and in Chapter 7 Straight Bankruptcy cases. Lewis participated in at least 1000 bankruptcy cases while in Mobile. Shortly after joining the Mobile firm, Lewis began supervising the operations of an affiliated law firm P.C. located in Pensacola, Florida. In December, 1996 Lewis was admitted to the practice of law in the state of Florida and became the Managing Shareholder of the Pensacola office. During this time period, Lewis practiced bankruptcy law in both Alabama and Florida rotating between the two offices of which he was a shareholder.

Lewis is married with one daughter. 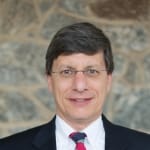 Jurnovoy was admitted to practice law in the Commonwealth of Pennsylvania in 1987, the State of Florida in 1991 and the State of Alabama in 1997. His law practice concentrated in the areas of income tax, business and financial planning, retirement planning and estate planning, primarily for professionals and closely held businesses and their owners. In this capacity, he has evaluated and structured transactions such as corporate sales and acquisitions and workouts, developed business plans and financing proposals, and analyzed real estate opportunities for closely-held businesses and their owners. He has also evaluated the federal, state and local tax issues that affect businesses and the transfer of wealth from one generation to another.

Over the past twenty-three years, Jurnovoy has been associated with three of Philadelphia’s most prestigious law firms. In addition, he has served as general counsel and chief financial officer of Hill & Brooks Coffee Company, Inc. in Mobile, Alabama. In 1998, Lewis and Jurnovoy started the firm and Jurnovoy concentrated in handling almost exclusively the representation of individuals in Chapter 13 Debt Consolidation and in Chapter 7 Straight Bankruptcy cases.

Jurnovoy is married and has two sons.